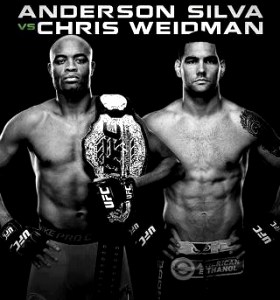 UFC middleweight champion Anderson Silva (33-4 MMA, 16-0 UFC) believes Chris Weidman (9-0 MMA, 5-0 UFC) is a worthy adversary, even with just nine professional fights to his name. That said, “The Spider” believes his own ample experience edge will prove vital in their UFC 162 showdown.
“We have to respect Weidman,” Silva told MMAjunkie.com (www.mmajunkie.com) through an interpreter. “He’s won some fights, and he’s proven himself to be where he is. He’s 10 years younger, and he’s going to come in with a lot of cardio – a lot of power – and try to grapple, I’m sure. We’ve got to respect him. He’s won some fights.”
Silva and Weidman meet in the main event of UFC 162, which takes place July 6 at Las Vegas’ MGM Grand Garden Arena. Weidman openly campaigned for the slot and has contended that his grappling-based game is the perfect foil for Silva’s striking genius.

Some observers have likened Weidman’s skillset to that of Chael Sonnen, who famously gave Silva his toughest UFC test to date when the challenger earned four rounds of their UFC 117 contest before the champion scored a submission win in the final frame. What pushes Weidman’s chance over the top, those pundits say, is that “The All-American” is just 28 years old and a more athletic version of Sonnen, and with better submission skills, to boot.

But Silva, who recently turned 38 years old, does not believe that’s a fair assessment.
“Saying that he’s a younger guy doesn’t make much sense,” Silva said. “I’m always training with younger guys. I train with a jiu-jitsu world champion who’s 20 years old. I train with a kickboxing champion whose a much younger guy. I’m always training with much younger and very athletic guys, so that doesn’t really make a difference.”
Instead, Silva points to his extensive martial arts training, which began before Weidman was even born. A lifelong practitioner of traditional martial arts, Silva made his MMA debut when Weidman was just a teenager and had already defended the UFC middleweight title four times before his next opponent fought for the first time. “You really can’t argue with talent, and each person has their own talents,” Silva said. “But I’ve been doing this since I was 8 years old, and the new generation has to see what I’ve done and see where I’ve been. I’m not somebody that started training in my teens or my 20s. I’ve been doing this a long time, so being in there is something natural, and it’s something I feel comfortable doing. It’s what I’ve always done.”
Silva’s name is already written all over the UFC’s record books. His 16 consecutive wins are the most in the history of the promotion, as are his incredible 10 straight defenses of the UFC middleweight title.

At 38 years old, Silva is certainly in the twilight of his career, but he doesn’t believe he’s on the decline. Weidman may be a viable contender, but Silva said he’s not walking away with the title. “A fight’s a fight,” Silva said. “My experience will count when I’m in there. I’ve being doing this since I was 8 years old, and I think that has a lot to do with when you’re inside the cage.” 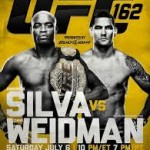 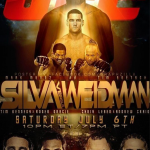 LatinoAthlete Staff - July 18, 2015
0
Too easy. The United States are taking on Cuba in the Gold Cup quarterfinals, and if you were hoping for a dramatic game,...