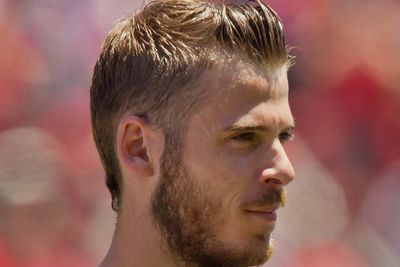 This post will update live, constantly, as transfer news comes in over the deadline days.

Transfer Deadline Days are here, and it’s a bit wacky this season. The madness is spread out over a couple of days, because the Premier League can’t just get their business done in a timely fashion.

Below, you can find a running timeline of all of the biggest rumors as they come in, as well as the status of some of the biggest stars rumored to be on the move and actual, confirmed done deals. It’s tough to separate the fiction from the solidly sourced rumor, as well as the rumor from fact on deadline day, so we’re going to make that very easy here.

This post will be updated constantly until the final deals that get over the line just after the window shuts are completed, so we’ll be with you until roughly 2 p.m. ET on Tuesday.

Kevin De Bruyne has moved from Wolfsburg to Manchester City.

Fabio Borini has made a permanent move to Sunderland.

Julian Draxler has moved to Wolfsburg.

And so has Dante.

Chicharito has moved to Bayer Leverkusen.

Hernanes is a Juventus player.

Status of the biggest names

David De Gea: The paperwork didn’t get done in time. Now we wait.

6:55 p.m. – The De Gea saga is ongoing. No one knows if the paperwork arrived on time. The deal is still pending.

3:47 p.m. – Napoli are casting off Camilo Zuniga to Sampdoria and getting Roberto Soriano coming the other way.

1:33 p.m. – Chelsea have loaned Jeremie Boga to Rennes, surprisingly with an option to buy.

1:16 p.m. – Joel Campbell could move from Arsenal to Rennes.

1:15 p.m. – Liverpool have signed 18-year-old Nigerian Taiwo Awoniyi and loaned him out.

12:35 p.m. – James Wilson might go to West Brom. Someone bidding for Berahino, then?

10 a.m. – Juventus and Inter have reportedly reached a deal for Hernanes.

8:26 a.m. – Riyad Mahrez and Gonzalo Higuain have been linked to Arsenal.

7:33 a.m. – Javier Hernandez is having a medical with Bayer Leverkusen.

6:59 a.m. – Martial has left France training to complete his move to United.

2:22 a.m. – Anthony Martial is close to moving to Manchester United.

LatinoAthlete Staff - August 28, 2015
0
Being a NASCAR team owner isn’t cheap, offers little financial reward and comes with a high risk of failure. The adage has...