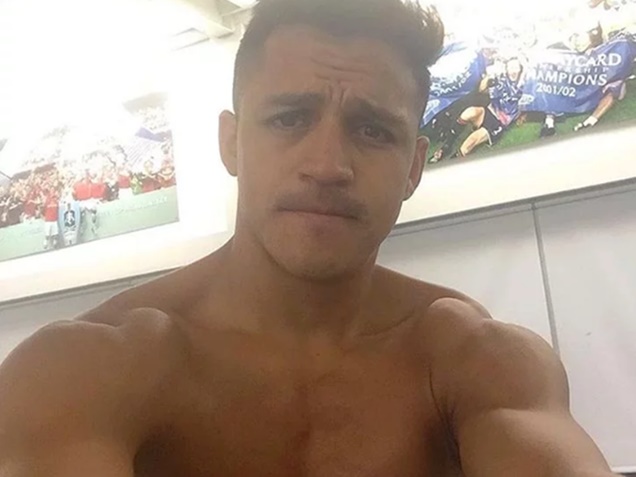 Arsenal blanked Leicester City during their match on Wednesday, but the 1-0 victory was bittersweet since Alexis Sanchez ended up with a fat lip.

Read on about Alexis Sanchez split lip and how it happened…

LatinoAthlete.com has received word that Alexis Sanchez took a throw-in from Christian Fuch’s right to the shoulder-face from point-blank range.

Alexis Sanchez looked to be in intense pain after being clobbered.

He took to Twitter to show fans his injury. By the looks of his face, you can see that his face must have been throbbing in pain. His lip was swollen. 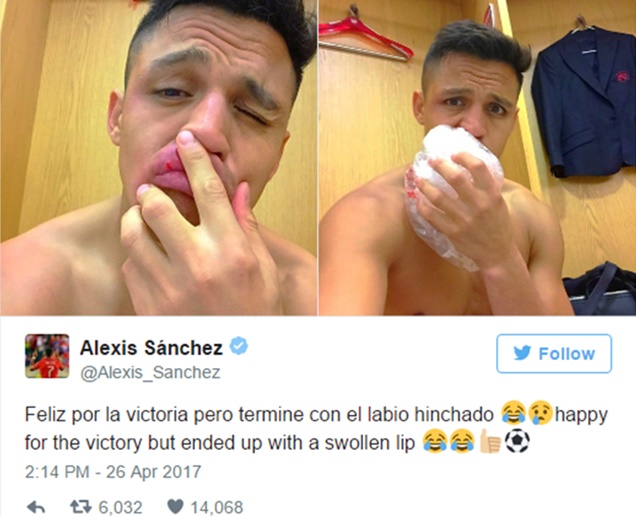 If you happened to have missed the game, no worries we got you. Here is a replay of what went down when the English club Arsenal player, Alexis took a ball to his face.

It looks worse that it is. Alexis Sanchez, is a tough street footballer who grew up in a hard mining town in Chile. Alexis used to wash cars, performed somersaults and boxed in the street of Chile to earn some coins.

Although, Sanchez is a tough guy, the Arsenal player was a bit shell shocked at first since it took a minute for the pain of the ball smashing into his face to hurt. He was dazed for a few seconds and then he fell over, clutching his face.

Carlos Gomez left gum and a note in center field for...

LatinoAthlete Staff - July 5, 2015
0
At the end of the third inning in Saturday's Reds-Brewers game, Carlos Gomez was apparently feeling extra generous. It looks like the note says,...