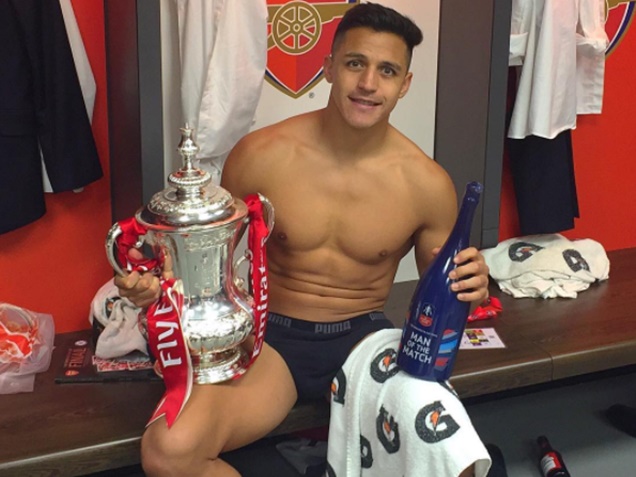 Hook line and sinker, another Futbol player just got snatched up by PSG! Alexis Sanchez, the forward for English club Arsenal just signed a four-year contract with Paris Saint-Germain (PSG)!

Get all the details on Alexis Sanchez joining the soon to be powerhouse, Paris Saint-Germain. Read on…

LatinoAthlete.com has just received word that Paris Saint-Germain has just added Alexis Sanchez to their team.

According to what we are hearing, Alexis Sanchez has agreed a four-year contract with Paris Saint-Germain. The news has already broke in France and its already reaching the US.

The Arsenal forward met with PSG’s sporting director Antero Henrique in Paris this week, and before you know it, another player joined PSG.

Sanchez’s potential move to PSG came after Arsenal’s 3-0 defeat to Chelsea in Beijing on Saturday. Wenger, who PSG wants had this to say about Alexis leaving Arsenal. Before leaving, Sanchez decided against and extension on his current deal with Arsenal, which has only one year remaining. He wants to play for a team in the Champions League.

“No, it doesn’t make any difference. It’s only media imagination”

We wonder what he’ll say, if he follows Sanchez footsteps.

Matt Damon and Ben Affleck are making a movie about the...

LatinoAthlete Staff - June 27, 2015
0
Per The Hollywood Reporter, Matt Damon and Ben Affleck are combining on a movie that will be of some interest to American soccer...