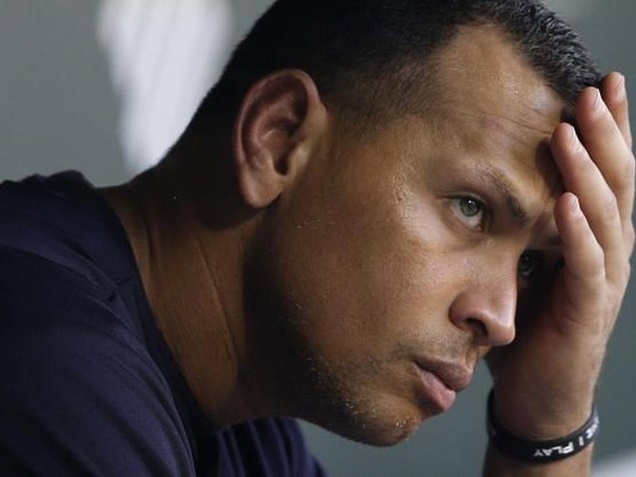 Alex Rodriguez and Jennifer Lopez have been going strong with no problems until one of his bitter ex girlfriends aka “fling” is trying to sabotage his relationship.

LatinoAthlete.com has learned that a woman by the name of Lauren Hunter, a fitness trainer, who is trying to get her 15-minutes-of-fame and some cash from Alex Rodriguez.

Alex Rodriguez dated the alleged stalker and scorned ex-Lauren Hunter. Get this, she is trying to spin texts from 2014 as current ones in hopes to break up his relationship with J-Lo.

Apparently, so, well in Lauren Hunter’s eyes. Plus, she needs some money to better her life, since Alex has denied her multiple times in the past. See, she has a history of asking for hand-outs from Rodriguez.

We, guess she is taking this opportunity to make some cash on some bogus texts from three years back.

FYI, Lauren Hunter, A-Rod was never that into you, so move on and find a new man. What a psycho. Anyways, according to TMZ, Lauren got more aggressive since the third baseman was linked to Jennifer Lopez in early March.

A-Rod continued to refuse her demands, calls and texts, so she’s gone public. And guess what, we don’t care, she sounds like a stalker that needs to be locked up. What is even more pathetic and sad about his ex is that intended to release the old texts with A-Rod to make it seem like they were still talking while he’s been dating Jenny from the block.

In fact, Lopez is well informed about what’s going on and has her man’s back.

Lauren, please do yourself and all of us a favor and #SDSU!

LatinoAthlete Staff - June 21, 2015
0
If Miami Heat fans were scared when Dwyane Wade used Miami in the past tense, this one will really freak them out. Dwane wade's...