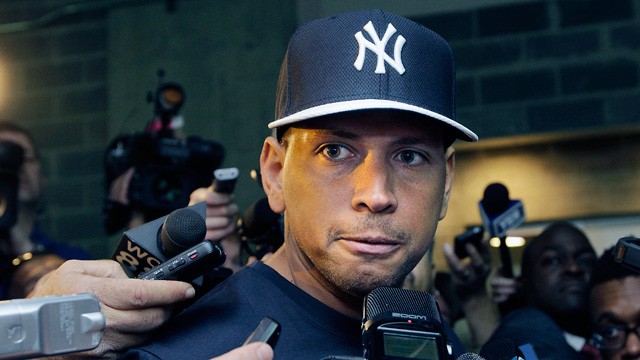 Alex Rodriguez may be the one responsible for Anthony Bosch’s cooperation with Major League Baseball.

According to the New York Daily News, the founder of a Miami anti-aging clinic called Biogenesis of America asked A-Rod for financial aid after the league hit him with a lawsuit. The suit alleged that Bosch provided performance-enhancing drugs to MLB players, via the Associated Press. Citing a source, the Daily News reported that after the Yankees slugger refused to help, Bosch decided to cooperate with the league.

ESPN’s “Outside The Lines” reported on Tuesday evening that Bosch reached an agreement this week to give the league information described as “ammunition officials believe they need to suspend the players.” Per ESPN, the league will seek to suspend about 20 players connected to Biogenesis, including A-Rod and Brewers slugger Ryan Braun.

The Miami New Times reported back in January that it had obtained records detailing players’ purchases of PEDs. The league has been seeking Bosch’s cooperation and information ever since, per AP.

“They are in the process of interviewing players and every player has been or will be represented by an attorney from the Players Association,” MLBPA executive director Michael Weiner said, per Fox News. “The Commissioner’s Office has assured us that no decisions regarding discipline have been made or will be made until those interviews are completed. It would be unfortunate if anyone prejudged those investigations.”

A-Rod issued a statement on Thursday, via ESPN.

“Myself and others are being mentioned in a media report before the process is even concluded. I would hope this thing would follow the guidelines of our Basic Agreement. I will monitor the situation and comment when appropriate,” Rodriguez said. “As I have said previously, I am working out every day to get back on the field and help the Yankees win a championship. I am down here doing my job and working hard and will continue to do so until

LatinoAthlete Staff - August 27, 2013
0
After coming out last year as the first openly gay boxer, Orlando Cruz is now sharing with everyone his feelings about his partner Jose...