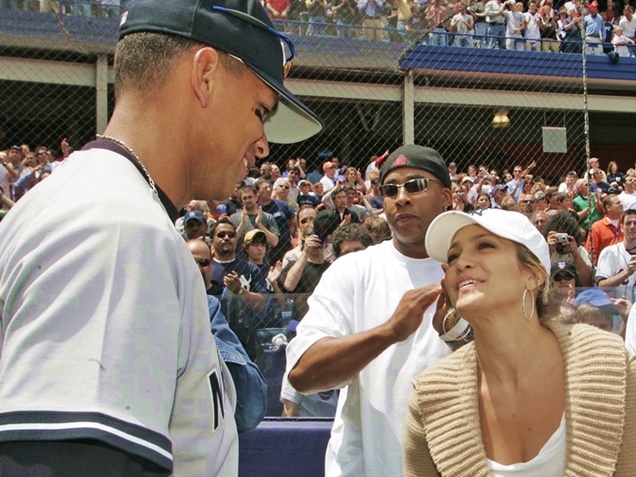 For weeks rumors have been swirling that Alex Rodriguez and Jennifer Lopez were an item and being spotted several times together.

LatinoAthlete.com is fulfilling the gossip thirst for you MLB fans who wanted to know if Alex Rodriguez and Jennifer Lopez were really dating.

The answer is Yes, The Latino couple have been seeing each other for a couple months and now A-Rod is making it official.

The retired slugger-turned-FOX MLB analyst was serving as a panelist on “The View” this week, when revealed that he was in a budding romance.

Eyebrows raised, the audience were in ahh and all eyes were on Rodriguez, so he spilled the tea:

“She’s an amazing, amazing girl. One of the smartest human beings I’ve ever met, and also an incredible mother.”

Both celebrities have already been married and divorced, dated younger than themselves and have children with their previous relationships. Sounds like a match made in heavy, right? Rodriguez has two children, Natasha Alexander, 12, and Ella Alexander, 8, from a previous marriage. Lopez has twins, son Maximilian David and daughter Emme Maribel, 9, from her marriage to Marc Anthony.

Apparently it works because they both can see eye to eye on many things because they both live high profile lives and have been through the woes of marriage. Jennifer needs a strong Latino man in her life. We fee A-Rod is that man.

Later on the show, Alex gushed over his girlfriend:

“It’s obvious, we’ve been having a great time. She was a track star in high school and junior high, so she’s an awesome, awesome athlete. She just likes simple things. I mean, she’s a very, very simple person. Loves family. She’s a great sister, a great daughter.”

Yes, coaches might actually be able to fine college athletes. But...

LatinoAthlete Staff - August 27, 2015
0
If the NCAA wants to insist athletes aren't employees, maybe it should stop this right now. This year, many college athletes will...