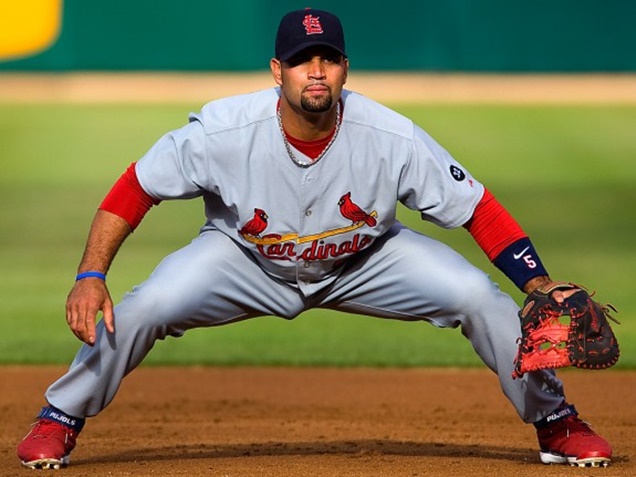 We have an update on the Los Angeles Angels pitchers Albert Pujols who is making great progress the Angels opening day game.

When he was asked about playing in the upcoming Cactus League game, Pujols had this to say:

“I’ll let you know when that time comes. You’ll see me in the lineup. I’m just trying to progress every day, one day at a time.”

Although, Pujols feels like he’s about on the same schedule as he was when he was rehabbing from surgery last spring. Is that a good thing or bad?

“I use the marathon analogy a lot. Every marker and every mile in this race, his time is right. He’s making his times. Let him keep running the race.”

Let’s not forget that Pujols is still recovering from foot surgery which we previously reported on. The Angels pitcher/slugger has now been doing all defensive drills and running sprints on the field.

LatinoAthlete.com will keep you posted if Pujols progress will be on target for opening day.

Jordan Spieth shoots ahead of Rory McIlroy with dramatic hole-out from...

LatinoAthlete Staff - August 14, 2015
0
Here comes Jordan Spieth making moves up the PGA leaderboard with a chip-in on one of Whistling Straits' most difficult holes. Jordan Spieth...