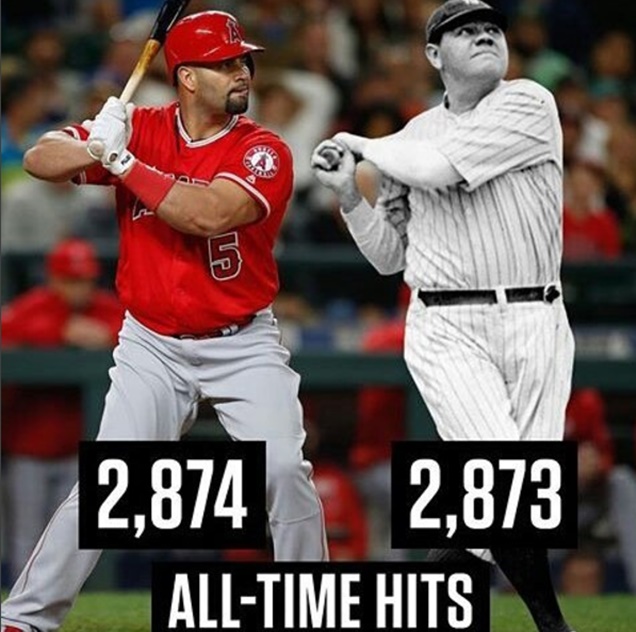 LatinoAthlete.com has just heard that Albert Pujols made a single in the bottom of the fourth inning which made him pass Babe Ruth on MLB’s all-time hits list Wednesday night against the Atlanta Braves.

The Angels designated hitter Albert Pujols now has 2,874 hits for his career and sits at No. 44 overall on the prestigious list.

This isn’t stopping Pujols as he will continue to climb up the list in the coming days and weeks which should have him breaking the top 40 very soon.

Albert Pujols is currently two hits behind Mel Ott for 43rd all-time, three hits back of Omar Vizquel in 42nd place and six back of Frankie Frisch for No. 41. Once he gets past Zack Wheat with 2,884 hits, Pujols will have landed himself within the top 40 exclusive group. But he won’t be stopping there since there is still a whole season of baseball ahead this year. 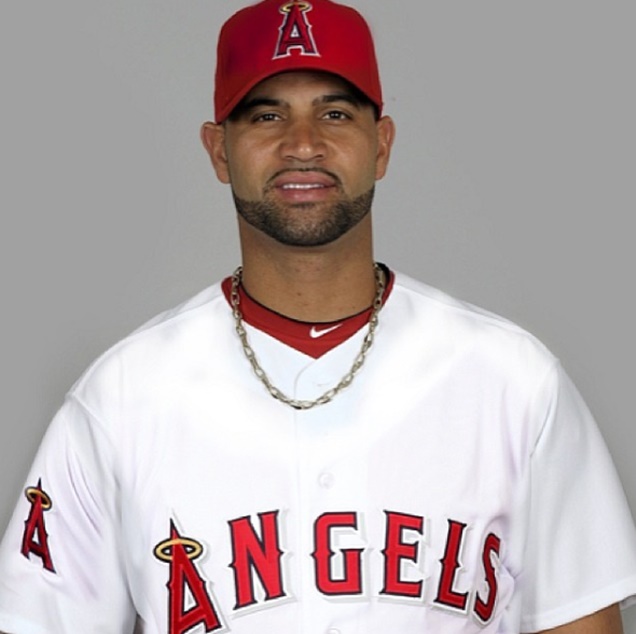 While Pujols continues his assent on MLB’s all-time hits he is also making history on the home run list. Currently he is at no. 599, but he’s ready to hit the 600th home run of his career.

Once he hits his 600th home run he will join Barry Bonds, Hank Aaron, Ruth, Alex Rodriguez, Willie Mays, Ken Griffey Jr., Jim Thome and Sammy Sosa. This will put Albert Pujols in elite status when it comes to MLB players to have attained that level of success.

Russell Westbrook On Rebounding Prowess: I Just Be Chilling There, Act...

Manuel Frias - December 1, 2016
0
Russell Westbrook can go from stationary to licking the backboard in the span of one or two nonchalant steps. He’s just standing there, and...