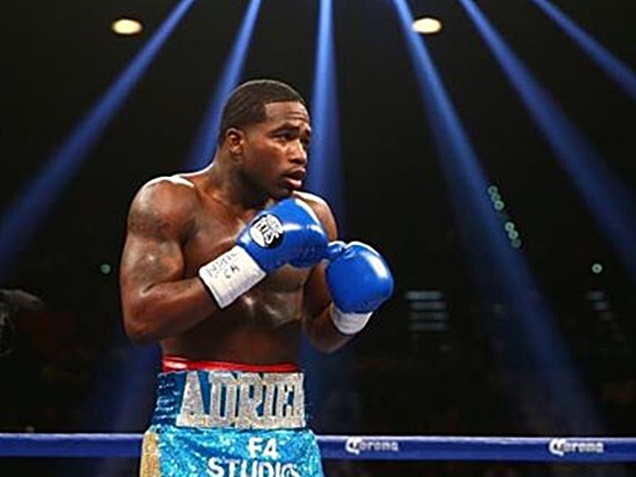 Adrien Broner is letting everyone know that he is moving back down to light welterweight to fight Mikey Garcia. This means Broner will have to drop to 140 lbs to make this fight happen.

This is the first sign that Adrien Broner is ready to make a Problem for Mikey Garcia. Read on…

Now that Broner is dropping down to 140 lbs, the fight is in motion. We are just waiting on the details of the Broner-Garcia fight to be solidified. Showtime Boxing boss Stephen Espinoza says no deal has been made yet, because there’s still a long ways to go before the fight is made. The good news is that Broner and Mikey are interested in facing each other.

The details to make this fight happen all rest on Adrien Broner. He needs to be at least 140 for him to be able to face lightweight Mikey Garcia at either the full weight for the light welterweight division or at a catch-weight between 135 and 140. The only problem for Broner is that he hasn’t been able to cut down to 140 since 2015. His last two fights were at welterweight against Adrian Granados and Ashley Theophane. Those fights were supposed to be at light welterweight, but Broner just couldn’t shed the weight for the 140 pound division.

Although, Broner on his social media to assure fans that he’ll make the weight.

Broner is talking tough now that WBC/WBO light welterweight champion Terence Crawford is making news about him moving up to welterweight soon. With Crawford out of the way, Broner would have a good chance of being the best fighter in the 140lb division.

Broner has not looked good in the last 4 years of his career. Broner lost 2 times out of 9 fights, but he only performed well in just one of those fights in his 2015 match against John Molina Jr.

Is this fight a smart move for Adrien Broner vs Mikey Garcia?

That all depends if he can first make 140. Then, he will have to train hard and get his fighting technique tight this time. He doesn’t need another 12 round unanimous decision loss like he had with Marcos Maidana back in September of 2013. If you recall, The Problem found himself on face to mat twice, in rounds 2 and 8.

All we can say is that Adrien Broner needs to be smart, be tough, be ready and win, because he doesn’t need to lose another fight after dropping a weight division. That is not a good look.

We would love to see a Terence Crawford-Adrien Broner fight at welterweight. That would be an awesome fight.

Phil Jackson tries to explain why he said ‘goink,’ teaches us...

LatinoAthlete Staff - June 19, 2015
0
Phil Jackson gave an interview to his favorite newspaper, the New York Times, and touched on his own inscrutable way on a...