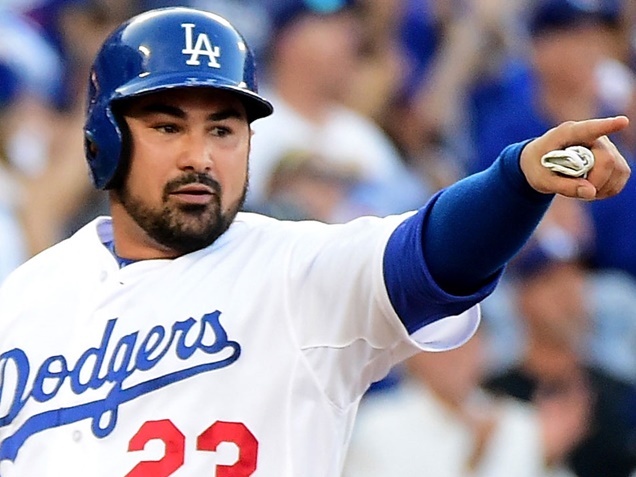 When it comes to Mexican-American Los Angeles Dodgers star Adrian Gonzalez don’t expect him to ever part take in the World Baseball Classic in Mexico!

Adrian Gonzalez unleashes his thoughts on the World Baseball Classic…

LatinoAthlete.com has learned that Adrian Gonzalez is still HEATED over the way Mexico was eliminated from the World Baseball Classic earlier this week.

“They’re trying to become the World Cup, but they’re not even close to being the Little League World Series.”

“So during the game when they posted it on the broadcast, they came into the dugout and I said, ‘Hey, we just need to win by two.’ When we had first and second, no outs in the eighth or ninth, whatever it was, we didn’t bunt because we felt we’re already up two. … We win the game, and they change it on us.”

See, Mexico was knocked out of the tournament over a controversial tiebreaker rule, even though the team defeated Venezuela 11-9 early Monday morning.

Actually we agree. That is a stupid ruling.

Titán weighed in once he was back at camp:

“It’s good to be the hell out of that tournament.”

“You have no integrity. Everything you guys are doing is a bunch of BS.”

Gonzalez will be 38 when the next World Baseball Classic is played in 2021. And because Mexico finished last in their pool this year, they are not guaranteed an automatic bid next time and will instead have to qualify.

We don’t think that Adrian Gonzalez cares about that anymore.