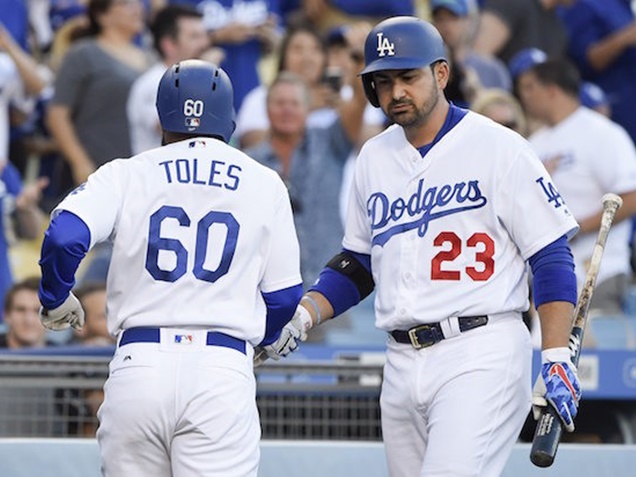 Major League Baseball is in full force. When it comes to Adrian Gonzalez and Jose Bautista, they’re on the chopping block to lose their starting position.

No matter how good Adrian Gonzalez and Jose Bautista think they are on the field, the MLB is cutthroat, cruel and unforgiving. Read on…

It’s about winning and being the team that makes it to the World Series. If the teams need to change things up to make that happen, then some players like Adrian Gonzalez and Jose Bautista will lose their starting jobs.

No matter the circumstances, LatinoAthlete.com has learned that there are two Latino MLB players on the chopping block. These two might find themselves taking a seat in the coming weeks and months.

Last week, Adrian Gonzalez was placed on the disabled list for the first time in his 14-year career. According to Dodgers News, Gonzalez appeared in 1,833 games before going inactive. Unfortunately, his right forearm/elbow trouble and aggravated disc in his back proved too much. Gonzalez was put on the 10-day DL with right elbow soreness. While the Dodgers were sensitive to the veteran first baseman’s accomplishments, stud rookie Cody Bellinger is ready to pull a Dak Prescott on Gonzalez and make him the Tony Romo of the Dodgers.

Luckily, Andrew Toles’ unfortunate ACL tear, Bellinger was moved to be featured predominantly in the outfield. Hopefully,Adrian can make it back to play before he becomes the Romo of the MLB. 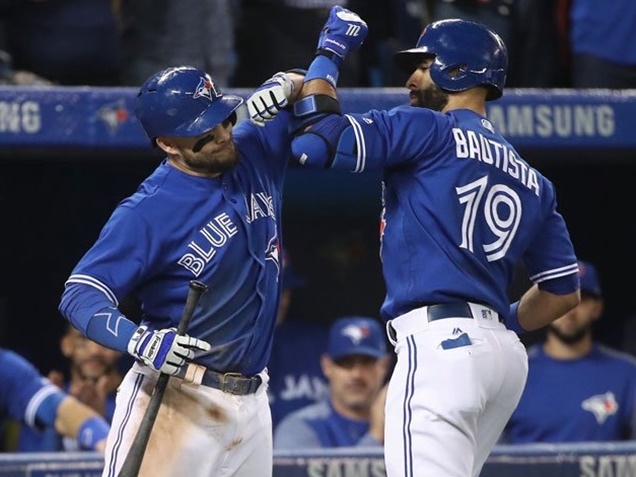 The 36-year-old outfielder, Jose Bautista, signed a one-year deal for $18 million this past off-season kicked off the season with a utterly terrible start with his stats at .173/.305/.276. It’s NOT a good look and now Bautista clock is ticking. One thing in favor of Jose is that he only strikes out 31% of the time. Bautista’s situation is precarious since the managers feel some loyalty to him. The only problem is that the Blue Jays have been churning out healthy players back into the lineup so keeping Jose as a starter is getting less realistic unless he turns it all around.

Jose Bautista is a born slugger, he just needs to find that again. On Friday, Bautista homered for the second time over his last three games to help Toronto secure a 4-0 victory over the Mariners at Rogers Centre.

Checkout Jose on his victory in the dugout: