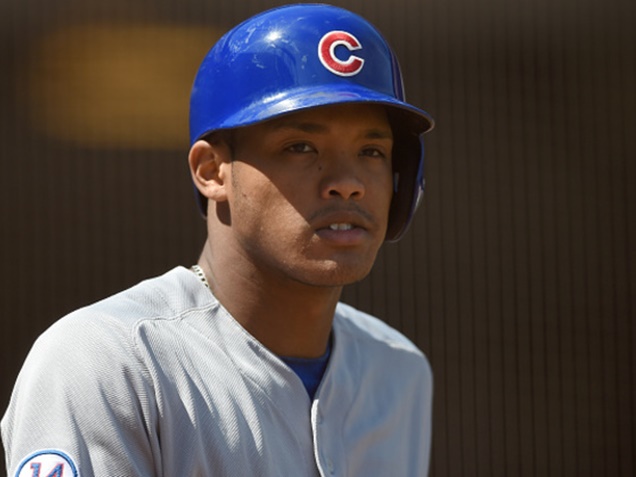 Apparently, Addison Russell refuses to believe that he abused her. Read on…

LatinoAthlete.com has learned that Chicago Cubs star Addison Russell is calling the claims “false and hurtful” in a statement Thursday.

Addison Russell and his wife Melisa Russell have been married for one year now, but a photo which was posted on Wednesday is tell another story.

Rumor has it that Addison Russell and Melisa’s marriage was not blissful so they’ve split. Then to make things worse for Addison, Melisa’s close friend went one step further, commenting Russell had “mentally and physically” abused his wife.

That went over extremely well with the MLB, triggering them to start an investigation and look into the claims that were made on social media.

We guess, Melisa’s close friend is pulling a Solange, minus the elevator fight, to speak for Addison’s wife since she is allegedly to afraid.

After the MLB stated that they will be doing a thorough investigation into this matter, Russell released his own statement.

Straight from the book of denial, stating:

“Any allegation I have abused my wife is false and hurtful. For the well-being of my family, I’ll have no no further comment.”

The Cubs are not following the league’s protocol and will fully cooperate as they gather all the facts. Russell will be benched for Thursday’s game.

Good luck Russell, it appears he’s going to need it.