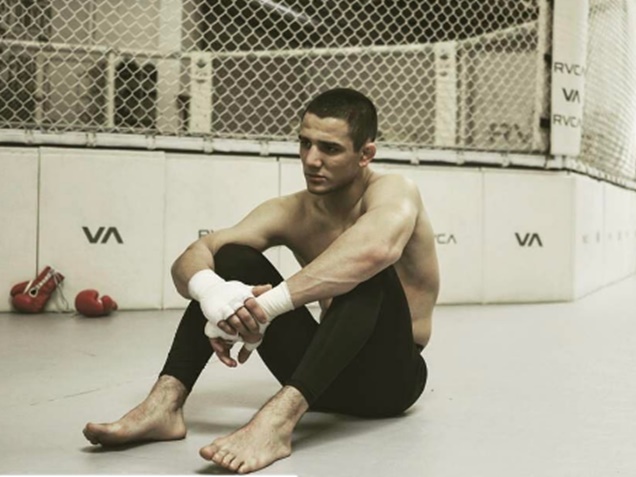 On June 24, Aaron Pico is set to make his professional MMA career debut at Madison Square Garden in New York. But Pico is set to take on Zach Freeman at Bellator 180.

His opponent Freeman has a record of 8-2 stats, so this will be an interesting bout. The event will take place live on pay-per-view, Aaron Pico vs Zach Freeman will be the main card opener. Read on….

Aaron Pico is one of the top prospects in the history of the sport therefore few would blame Bellator for giving Pico a showcase fight for his Debut as a MMA fighter. Pico made it clear that he wanted a veteran right out of the gate.

“I WANTED THIS COMPETITION. I TRAIN EVERY DAY TO BE THE BEST IN THE WORLD. I TOLD EVERYBODY AROUND ME, ‘I DON’T WANT TO GO OUT THERE AND FIGHT A GUY 1-2, 1-0.’ I WANT TO GO CHALLENGE MYSELF. I KNOW WHAT MY ABILITIES ARE.”

Aaron’s fight is set to be a high-profile first outing for the blue-chipper. Going up against the six-year veteran and former RFA title contender will be a full task for the newbie. Pico has a wealth of competition under his belt.

His MMA started early on at the age of 11. From there he went on to be in the 30 amateur boxing matches and a lifetime of wrestling. This June shall be an interesting fight, especially of Aaron.

“I ALWAYS KNEW MMA WAS IN MIND. I KNOW I HAVE HAD A PROFESSIONAL FIGHT YET, BUT I’VE BEEN GROOMED AND READY TO FIGHT. I DON’T FEEL COMFORTABLE FIGHTING A GUY THAT’S 1-2.”

The Puerto Rican Angelino doesn’t expect debuting in New York to get to him.

“I FEEL THAT’S WHERE I BELONG. I’VE BEEN COMPETING ON THE BIGGEST STAGES ALL MY LIFE. THIS IS HOW I ENVISIONED IT — BEING IN MADISON SQUARE GARDEN ON A PAY-PER-VIEW CARD. I KNOW WHAT I HAVE TO DO AND I’M GONNA GO GET IT DONE JUNE 24.”

His MMA debut was slowed after he torn his ACL and trying to make the Olympic wrestling team.

However, Pico goes on to say:

“I think it was a blessing in disguise, honestly. I’ve been at it since I was 5 years old — wrestling, boxing, all kinds of stuff. I never had a big injury. I had this year to just rehab my knee, clear my head, get ready to fight. It’s crazy to see my numbers go up in terms of strength before my surgery and to see it now. My body needed time to heal. I think it was the best thing that happened to me.”

Pico is 100 percent ready to show Bellator fans that he is tough enough to take of veteran fighter Freeman. He continues to explain:

Yes, coaches might actually be able to fine college athletes. But...

LatinoAthlete Staff - August 27, 2015
0
If the NCAA wants to insist athletes aren't employees, maybe it should stop this right now. This year, many college athletes will...