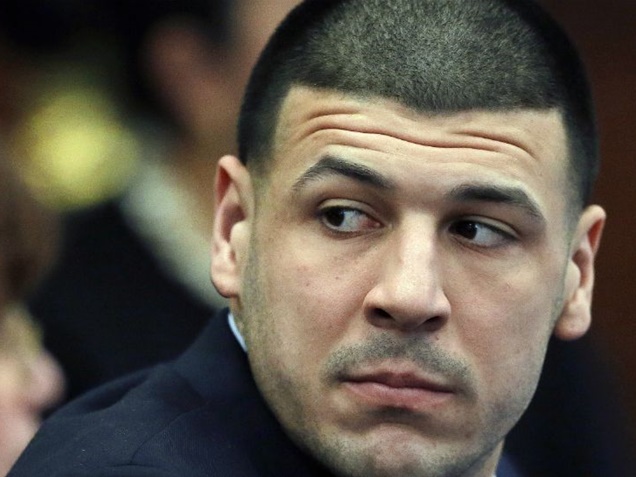 Aaron Hernandez tragic suicide which helped to wavier his criminal convictions may not hold now that lawmakers call to change a longstanding legal tradition in Massachusetts.

This will most likely mess up all the plans for Aaron Hernandez attorney Jose Baez to get his hands on the unpaid $6 million from the NFL. Read on…

LatinoAthelte.com has just heard that the dismissal of Aaron Hernandez‘s murder conviction may be over-turned thanks to lawmakers.’

Jose Baez and his legal team thought they had found a loophole in the justice system of Massachusetts by an old law, which will now be changed.

Why Aaron Hernandez Murder Conviction Waiver Could be Over-Turned:

Lawmakers will hear testimony on Monday, about a bill that would keep criminal convictions of people who die before their appeals intact. If the lawmakers are successful with making the changes to with the bill, this will eliminate the current legal doctrine in vacating Hernandez’s conviction. The judges citing will be over-turned and Hernandez’s conviction in the 2013 murder of Odin Lloyd will be put back intact.

Middlesex District Attorney Marian Ryan called for a change with a bill which was filed way before Hernandez took his own life.

If you think about it, it comes off like Hernandez and Baez make have spoke about the loophole in Massachusetts law. His fiancee says that she feels that his death was not a suicide. She states the letter was not authentic and that he never used the scripture written on his forehead. She states that he was excited to come home, but that was impossible since he was still serving a life sentence for the murder of Odin Lloyd.

He luckily was acquitted in the slayings of two men outside a club. What his fiancee doesn’t realize is that Hernandez settled with the Patriots in 2014 relinquishing his rights to anymore money. Though, Baez loophole to remove the murder sentence on a technicality would open up an opportunity to Aaron’s fiancee to an additional $6 million. All that sounds great, but she would have to file a lawsuit against the NFL in hopes to get the money.

If the bill changes the technicality, Aaron’s death was in vain, as no change or possibility to NFL monies would possible.

Here is what ABC News reports:

LatinoAthlete Staff - June 11, 2015
0
The Murray State point guard is shooting up draft boards for a reason. He absolutely should be in the conversation among the...