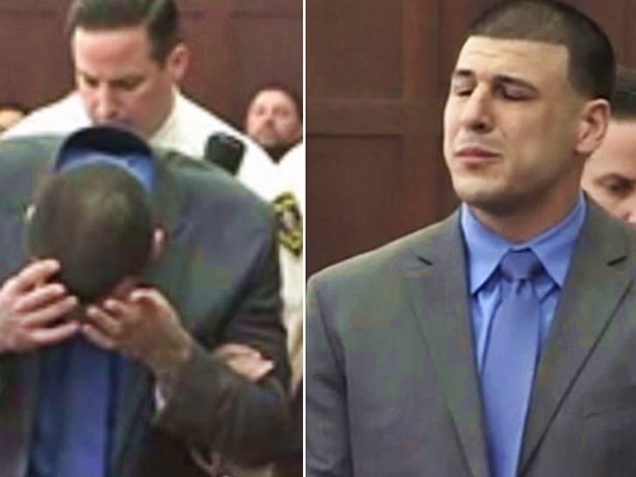 On Friday, Massachusetts court officials released an excerpt of the letter that Aaron Hernandez wrote to his fiancée, Shayanna Jenkins Hernandez. The letter which was written before his death, explains that he hinted to her that he had planned to kill himself.

On April 19, the former New England Patriots tight end was found hanging in his prison cell in a maximum-security prison in Massachusetts. Aaron Hernandez’s suicide came just five days after he was acquitted in a 2012 double slaying. He was still serving a life sentence without parole for the killing of his friend Odin Lloyd in 2013.

New discoveries since the death of Aaron Hernandez show that he was a member of the Bloods street gang. Not only that, Hernandez “gang profile” indicated he was once disciplined for having “STG” paraphernalia. STG stands for “Security Threat Group,” a euphemism for gangs in prison.

On Friday released an excerpt of the letter that Aaron Hernandez wrote to his fiancée, Shayanna Jenkins Hernandez, before he killed himself last month.

What you might not have known is that Aaron Hernandez string of violent behavior didn’t stop after he was behind bars. While Hernandez was housed in a Bristol County jail awaiting trial in the 2013 case, he was disciplined for five violations. Yahoo news reports, Henandez threatened to kill a corrections officer and his family. He submitted a urine sample that tested positive for Neurontin, an anti-epileptic drug that also is used as a painkiller. Aaron also was committed for an aggravated assault, refusing to obey a direct order. Lastly, Aaron Hernandez was busted for possessing gang paraphernalia.

Violence seemed to have followed Hernandez though he claimed himself to be innocent. Despite being acquitted for the double murders of two men in 2012, his pattern of violence, killing in cold blood and disrespect of life, one might see that the court results should have been guilty. Like we said before the jury was listening with a deaf ear.

Aaron Hernandez Planned to Return to the NFL:

For some reason a source claiming to be Hernandez’s close friend in prison said after he was acquitted of the double murder “he had been talking about the NFL and going back to play even if it wasn’t with the Pats.”

Did Aaron Hernandez forget that he was serving a life sentence in prison without the possibility of parole. Not to mention the five violations he was still awaiting to be tried for? It seems that he was extremely delusional, because he would never get the option or chance to play in the NFL again.

Here is what he wrote in the suicide letter to his fiance, assuring her that she is RICH! 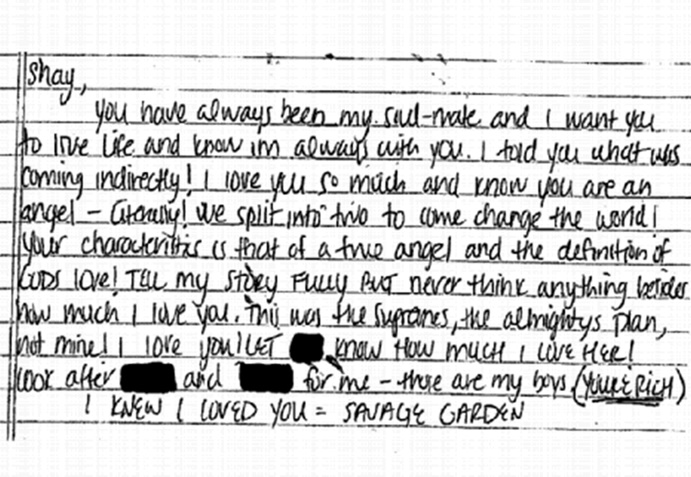 “Shay, you have always been my soul-mate and I want you to live life and know I’m always with you. I told you what was coming indirectly! I love you so much and know you are an angel — literally! We split into two to come change the world! … I love you! Your characteristics is that of a true angel and the definition of GODS LIVE. Tell my story fully but never think anything besides how much I love you. This was the Supremes, the Almightys plan, not mine! Let our daughter know how much I love her! Look after [redacted] and [redacted] for me — those are my boys. (YOU’RE RICH)”

After the suicide letter was revealed, Jose Baez, the attorney for the Hernandez family issued a statement Friday calling the release of the note “unnecessary.”

“Instead of protecting victims, they are punishing and torturing the Hernandez family who need to grieve.”