LatinoAthlete.com has learned that calls from Aaron Hernandez to Mike Pouncey are now being focused on since the prosecutors believe some of the calls have hard evidence. The Pouncey calls are being added to the list of evidence the prosecutors are stacking up against Hernandez, including the tattoo artist.

Miami Dolphins Center Mike Pouncey and Aaron have been friend way before their NFL days. The two-played college ball together in Florida. Now, prosecutors requested a judge to admit transcripts of phone calls Hernandez made to Pouncey from prison as evidence in the murder trial.

They feel that the word “try” used by Hernandez when speaking to Pouncey is relevant in the case. The believe the word “try” is a term the former New England Patriots tight end used to describe people disrespecting him. Investigators said Hernandez felt the victims in the 2012 double homicide, were “trying” him the night they were shot and killed. 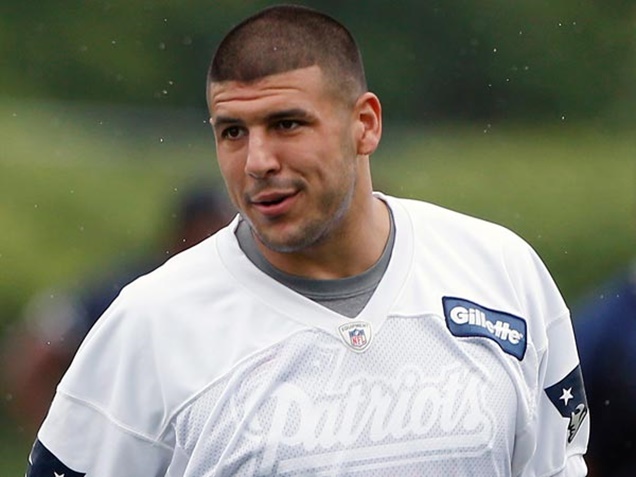 The first phone call with Pouncey went down on April 3, 2015:

“During this call, the defendant talks about how he has changed and now he would not want to even go in a club if there were ‘black people there’ because if they (referring to he and the Pouncey’s) go in ‘imagine if I go in the club with y’all n—as and n—as try you, you already know what time it is, feel me?’”

“This statement is relevant as an example of the defendant’s use of the word ‘try,’ referring to being disrespected. Bradley will testify (and likely be subject to vigorous cross-examination) that the defendant repeatedly told him that he felt that people — and, ultimately the homicide victims in this case — were ‘trying’ him.”

“Again, as set forth above, this statement is relevant to the defendant’s use of the word ‘try’ and ongoing perception that others were ‘trying him’ — and suggest how the defendant responds when tried.”

Prior to the upcoming case, Pouncey previously testified before a grand jury when Hernandez was charged and convicted of the murder of Odin Lloyd.

After Hernandez was convicted, Pouncey raised eyebrows wearing a “Free Hernandez” hat with his brother during his birthday bash. His brother Maurkice Pouncey later apologized.

However, Maurkice Pouncey did say:

“I’m here to talk about football. Any conversation I may or may not have had with Mike will stay internal.”

We will see how this plays out for Aaron Hernandez.

Contributor - May 19, 2017
0
According to UFC President Dana White there is a good chance that a Yoel Romero vs Robert Whittaker fight is possible! Read on to see...