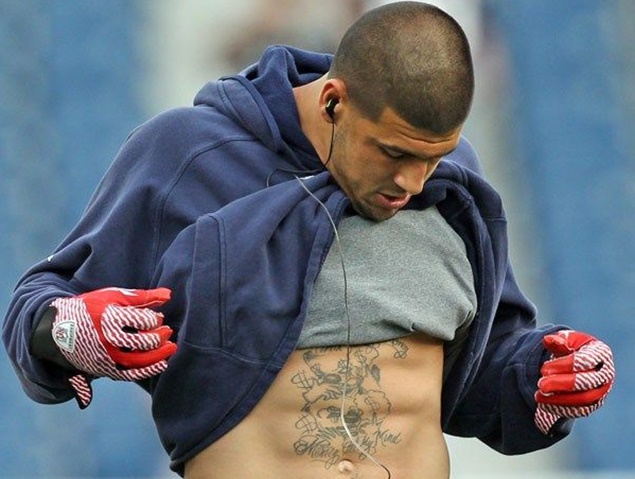 LatinoAthlete.com has the latest developments on Aaron Hernandez after his death, since more questions surround his sexuality.

Aaron Hernandez Fiancee, Shayanna Jenkins-Hernandez revealed that she litterally confronted the convicted murderer, Aaron about having sex with men.

“I asked him if it were true?”

Shayanna said that Aaron replied saying “that it wasn’t” true. But let’s be real how many men are going to admit that he has sex with men to the woman he is going to marry. That is a difficult thing to reveal for a man who likes both sexes. Plus, it’s devastating to the women involved.

Though, Aaron Hernandez Fiancee goes on to say:

“I had no indication or any feeling that he was [gay]. He was very much a man to me. I don’t know where this came from.”

Of course, Hernandez would say that, because most men who are with women and have sex with men are bottoms for another man. That is the one thing a woman can’t do. If a woman really wants to check put your fingers in your man’s butt. If it opens up real good then that is a sure indication he likes the same thing a woman does.

The mother of Hernandez’s four-year-old daughter also states that she doesn’t believe that Hernandez left was to a boyfriend he had in prison. She and Aaron’s attorney’s have made sure to cover that up and deny, deny, deny it all.

Two years in prison and no sex makes a man look at another man in ways of gratification. Men are dogs, we all love sex and if a man can get off without anyone knowing he will. Some men don’t trip on gender, all they want is to get off. Point blank.

As for, the ‘alleged’ gay lover in prison?

Attorney Larry Army Jr. said Kennedy would eventually reveal the ‘nature and extent’ of his relationship with Hernandez and demanded that the third suicide letter be turned over to his client.

Meanwhile, Aaron Hernandez Fiancee story about he saying it wasn’t true and his attorney continually denying the fact that his client had a secret lover in prison doesn’t add up.

If Hernandez was not gay or bisexual or like having sex with men, then why did he continually request for Kenny Kennedy and he to share a cell. It seemed that Hernandez was doing what people do in life when they are a couple, They move in with each other, in prison he had to request it. 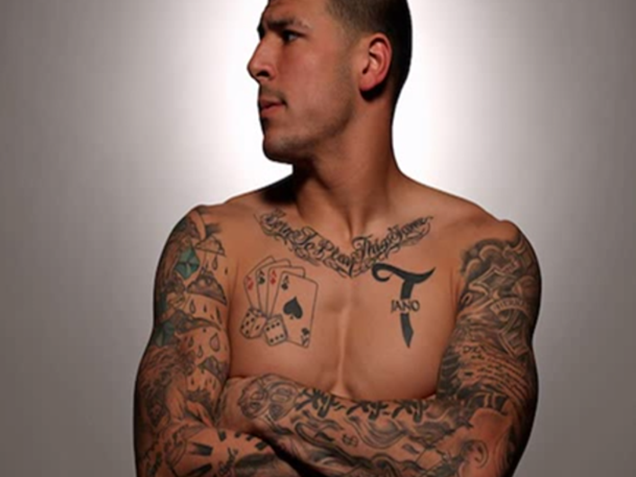 New discoveries reveal that Aaron Hernandez asked to be moved to a different part of the Souza-Baranowski Correctional Facility in Massachusetts. He wanted to bunk with another inmate who he described as his “heart.”

There are five letters, that Aaron’s attorney is deny. Thankfully the letters were obtained by the Boston Globe and WCVB 5, showing Hernandez repeatedly asks to be moved to another part of the prison and to share a cell with other inmates. Henandez ranked the inmates by choice in one of the undated letters.

Hernandez reportedly opened one letter with a statement that he wanted to dispel some rumors that he had heard about himself.

“I am writing this letter so there is no confusions about me because I have been hearing things of being considered something which is false, so I wanted to clear all of that [sic]. I am even requesting to (bunk up/celly up) with my brother (name redacted); we both want to have no enemies up there.”

Later in the second letter, Hernandez suggests another inmate if his first choice isn’t possible.

“I even prefer to live with (name redacted); me and him are very close and have been since the streets and that’s FACT. He’s my heart and like a real brother to me.”

If that one didn’t work, then he had a third request for what many believe was Kyle Kennedy which he requested sharing a cell with a male inmate:

In this request the name was redacted, but revealed another inmate who Aaron stated He “is my ‘heart!”

Hernandez was assigned to block G2 at the time of his suicide in April. He was in a single cell in the general population unit.

what do you think of what Aaron Hernandez Fiancee said?

LatinoAthlete Staff - June 20, 2015
0
The final group on Saturday at the U.S. Open will match two of the brightest young stars on the PGA Tour. Patrick Reed...