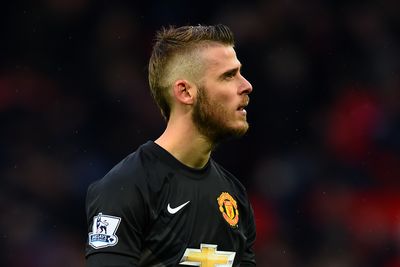 David De Gea may or may not be a Real Madrid player. There’s a dispute over whether or not his transfer went through in time, and the matter doesn’t look to be close to settled.

For the completely uninitiated, De Gea is a goalkeeper under contract to Manchester United. This is the final year of his contract, so if he’s not sold, he will leave the club on a free transfer. They’ve offered him a contract extension and he’s turned it down. He wants to go to Real Madrid.

Because De Gea can join them for free next year, Madrid haggled over the price instead of paying what United wanted for arguably the best goalkeeper in the world. On Monday, the deadline for making transfers in Spain, Madrid and United finally resumed negotiations. They had the entire summer to get the deal done and waited until there were about 12 hours left in the transfer window. The result is that they finished the deal sometime between 11:59 p.m. and 12:01 a.m. CET, a minute before or after the deadline. No one knows if the transfer is legal.

Here’s a running timeline of this disaster.

The documents did not arrive on time!!!!!! Presentation was ready. All agreed. But as it stands de Gea stays at MUFC!!

We have a deal

Then a bunch of time passes and we wonder where the confirmation is. It never comes.

The documents did not arrive on time!!!!!! Presentation was ready. All agreed. But as it stands de Gea stays at MUFC!!

So now @SkySports are saying the deal was completed at 24:00, but the LFP is unsure whether that falls within the accepted period.

United and the LFP use different document systems, we guess

Now we are hearing that United did send the documents on time but in a format that couldn’t be opened at the LFP. Windows 95?

Marca, “…the documents sent by #mufc couldn’t be opened as they were password protected” Brilliant. Just brilliant.

Oh god this explains everything

Real Madrid definitely trying to get DDG decision overturned with Spanish authorities. Knowing their power, don’t be surprised if it happens

… 2/2 … Now comes down to basic question: can RM persuade LFP to register him despite late arrival? (I would guess so but don’t know)

It looks like FIFA has to make the decision

La Liga says the documents did not arrive on time. Fifa will look at the case tomorrow. Both RM and United pushing for it to happen

So do not expect a definitive yes or no answer on Monday night.

This post will be updated as new information becomes available.

LatinoAthlete Staff - September 10, 2015
0
This week provided further proof that major league catcher is one of the most dangerous professions in sports, with Stephen Vogt the unfortunate case...