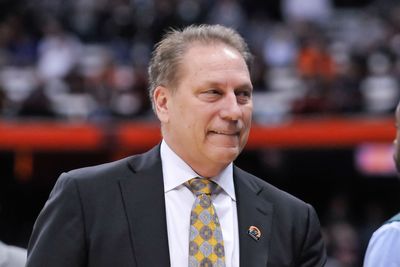 The Michigan State Spartans have landed a commitment from Josh Langford, a 6’6 wing out of Alabama, according to Evan Daniels of Scout. Langford is considered a five-star recruit in the class of 2016. He’s rated No. 13 in his class by ESPN and No. 17 by Rivals.

Langford is considered a scoring wing, as a player who excels driving to the hoop and pushing the ball in transition. He has a developing jump shot that is becoming more reliable out to three-point range.

This is Michigan State’s second commitment for the 2016 class. Coach Tom Izzo also has a commitment from big man Nick Ward, a four-star recruit from Ohio ranked No. 42 in his class by ESPN.

Getting a commitment from Langford has to be considered a major recruiting win for Izzo after losing 2015 star Caleb Swanigan to Purdue last month. Langford and Ward will arrive behind a three-man class in 2015, which is led by McDonald’s All-American power forward Deyonta Davis.

James Jones returns to Packers, has yet to return to fantasy...

LatinoAthlete Staff - September 7, 2015
0
James Jones returns to the Green Bay Packers. We take a look at the fantasy implications. After being cut by the New...