Next to soccer, boxing is Mexico’s most popular sport. This Saturday night, as part of Cinco de Mayo weekend, two of the sports biggest stars (and Mexico’s biggest icons) will go toe-to-toe in Las Vegas.

Read on and find out the five reasons to watch Canelo vs Chavez Jr...

Ring Magazine and Lineal middleweight champion Saul “Canelo” Alvarez (48-1-1, 34 knockouts) will battle former middleweight champion Julio Cesar Chavez Jr. (50-2-1, 1 no contest, 32 KO’s) with plenty on the line. Boxing around this time of year never seems to disappoint and this fight shouldn’t be any different.

There is so much at stake when these two face off, and the build up to the fight is worth the price of the pay-per-view. If you haven’t already ordered the fight (or at least found a place to watch it), here are five reasons not to miss what could be one of the biggest fights of the year, Canelo vs Chavez Jr.

Here are the Five Reasons Watch Canelo vs Chavez Jr:

1 – Being the pride of Mexico:

Alvarez over the last couple of years has become Mexico’s most popular fighter. He’s picked up victories over Shane Mosley, Austin Trout, Erislandy Lara, James Kirkland, Miguel Cotto and Amir Khan while taking his fair share of championships along the way. Chavez on the other hand has faced middle to lower tier competition since losing the WBC middleweight belt to Sergio Martinez back in 2012. The son of the legend Julio Sr., Chavez has long been accused of being protected by his father and not facing the best competition. His dedication to training has also been questioned on numerous occasions.

So while many have considered Chavez to be unfulfilled potential, Alvarez has become a legend in his own right. So a win for Alvarez keeps him in the drivers seat, while a win for Chavez changes the landscape.

3 – A potential future championship fight could await the winner:

It’s long been said that this fight for Alvarez is the last in a set of “tune-up fights” for an eventual championship showdown with WBA/WBC/IBF/IBO middleweight champion Gennedy Golovkin, the most dominant fighter in the division. But earlier this week it was reported that if Chavez wins he could get the title shot against Golovkin, as previous attempts to get “GGG” in the ring with “Canelo” have failed. But it also came out this week that if a deal with Golovkin can’t get done, the consolation prize will reportedly be a fight with NABO/WBC Contentental/WBO Intercontential middleweight titleholder David Lemieux who just happens to be on the undercard of this event.

A fight of this magnitude could be worthy of a championship.

These rankings mean much more for Alvarez then they do for Chavez. At the moment “Canelo” is ranked No. 7 by ESPN, and No. 8 by both Ring Magazine and World Boxing News. Chavez on the other hand is unranked. A win could help move Alvarez up those lists, while a loss would drop him down in the rankings which gives Chavez some incentive.

5 – The winner will receive a commemorative championship belt: 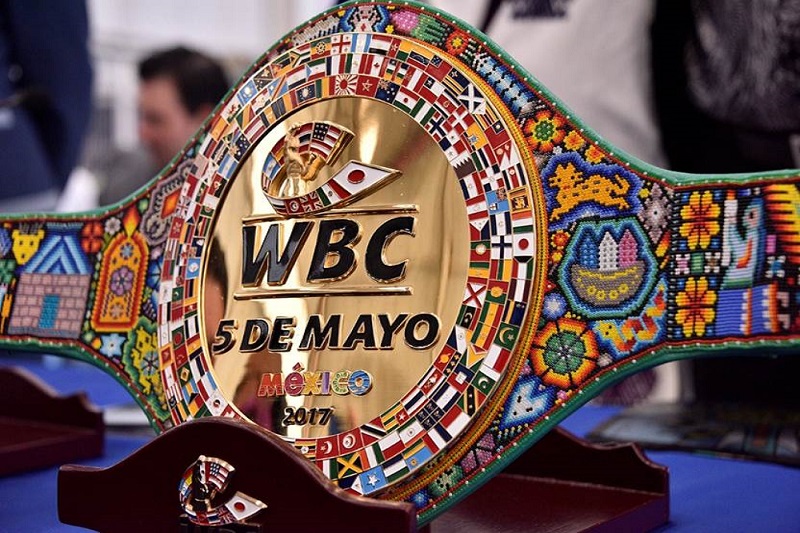 The World Boxing Council which one of the six major sanctioning bodies -and is headquartered in Mexico City- has created a special championship belt for this occasion. The winner of the fight will receive a special “Cinco de Mayo” championship that was created by the WBC. It’s only a symbolic title, but the WBC felt that this fight was big enough to warrant some type of reward.

Get your popcorn ready and make sure to watch the Canelo vs Chavez Jr fight tonight.

Contributor - February 13, 2017
0
It was said this might happen and now the predictions have become true New York Giants released wide receiver Victor Cruz. Read and get more...