Over the last few years, Latino’s have established themselves as top tier players in the National Football League. This year 3 Latinos at the 2017 NFL Draft made their presence felt.

This past weekend, Philadelphia, Pennsylvania hosted the 2017 NFL Draft. And out of the 253 total players selected, three Latinos were among that group. Read on…

They will continue the legacy of proud Hispanic players. Here’s a look at the 3 Latino players who were chosen at the 3 Latinos at NFL Draft ready to suit up at the next level. 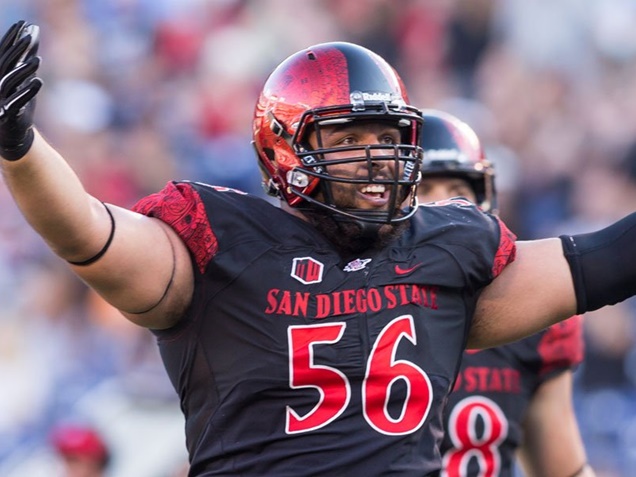 Selected in the 4th round (122nd overall) by the Baltimore Ravens, Nico Siragusa was the first Latino player selected this year. Siragusa was a crucial part of the offensive line that allowed running back Donnell Pumphrey (who was drafted by the Philadelphia Eagles) to surpass 1999 Heisman Trophy winner Ron Dayne as the Football Bowl Subvision’s all-time leading rusher with 6,405 yards. This earned the 22-year-old All-American honors. Siragusa’s size (6-foot-4, 319 pounds) will serve him well against opposing defenders in the rugged AFC North Division.

While there’s no doubt that he can clear the path for a running game, playing in a run-oriented offense limited his pass protection skills to some degree. He’ll need to polish up on his pass blocking skills to protect Joe Flacco. 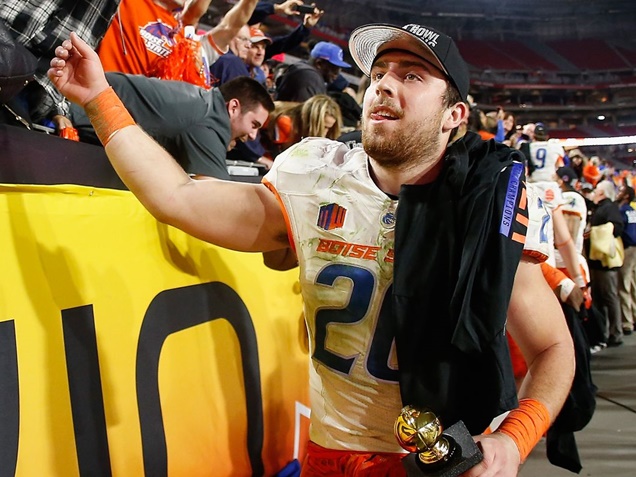 The Buffalo Bills invested a 6th round pick (195th overall) in the California native. During his time in a Broncos uniform Tanner Vallejo collected 275 combined tackles, 35 tackles for loss, and 5 1/2 sacks. He proved himself to be a dependable sideline to sideline player in the Mountain West Conference which is home to a diverse set of offenses. He’ll need to add weight to his slightly undersized 228 pound frame. And he’ll need to improve on his 40-yard-dash time (4.67) to keep up with the offenses he’ll compete against in the NFL. 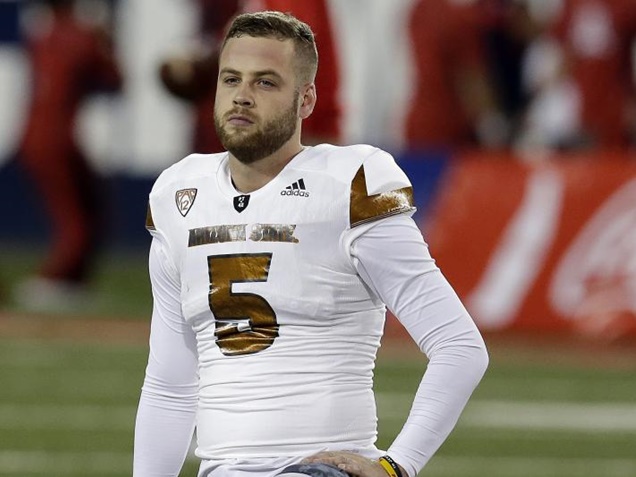 The Cleveland Browns are rebuilding from top to bottom. So they used their second-to-last draft pick this year (7th round, 224th overall) to take the most prolific place kicker in Sun Devils history. Zane Gonzalez was also the final Latino draft pick of this weekend. At Arizona State Gonzalez made 96-of-106 field goals, and 204-of-209 extra points for 492 scoring points. The Browns can definitely use those points. And when you combine that with the rest of the talent they drafted, their rebuild appears to be headed in the right direction.

In a few short months we’ll get to see these players take the field as rookies.

LatinoAthlete Staff - July 23, 2015
0
What a difference a year has made for T.J. Dillashaw. Over the past 14 months, the Team Alpha Male standout has gone from a highly...