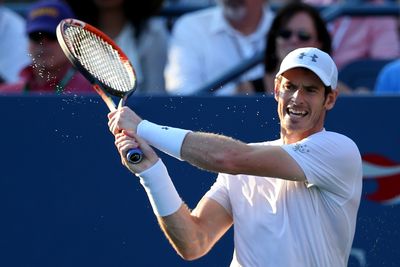 Andy Murray is out of the US Open after falling to Kevin Anderson in the fourth round on Monday.

Anderson’s excellent serving helped him in this match, but he was also uncharacteristically fantastic making the shorter touch volleys. His placement was impeccable and he frequently beat Murray at the net.

Anderson took the first set via tiebreak. He actually didn’t play great tennis to start that set, and at the end of it he had 17 unforced errors while Murray had just three, but Anderson had 27 winners to Murray’s 12, and eight aces to Murray’s six.

When the second set hit, Anderson didn’t slow down one bit, holding serve and then breaking Murray to go up, 2-0. He held again, Murray had a hold of his own and that’s when we started to see the life come back into Murray. He threatened to break Anderson, with multiple break point attempts, but he fell just short of doing so. Anderson wound up breaking him again on his following serve, and ultimately held to take the second set.

That’s where the match started to really heat up. Murray started the set up, 2-0, after breaking Anderson, but Anderson broke him back to get things back on serve. Things eventually went to a tiebreaker, where Murray dominated to take the third set.

The fourth set was evenly matched, though Anderson barely held on for most of it. He was clearly tired by the time the set got underway and stopped chasing balls he successfully was able to convert on earlier in the match. That set also went to a tiebreaker, which Anderson took, along with the match.

Coming into this match, Anderson was 1-5 against Murray, with his lone win coming in the Canadian Masters in 2011.

On the women’s side, No. 2 seed Simona Halep needed three sets to beat No. 24 seed Sabine Lisicki. Halep — who despite her top billing is overshadowed immensely by Serena Williams — looked shaky in the first set but ultimately seized control late in the second and dominated the third en route to a 6-7(6), 7-5, 6-2 victory.

No. 20 Victoria Azarenka and No. 26 Flavia Pennetta are also into the quarterfinals for the women, with the former downing unseeded Varvara Lepchenko in straight sets, 6-3, 6-4 and the latter scoring a minor upset over No. 22 seed Samantha Stosur, 6-4, 6-4.

Men’s No. 5 seed Stan Wawrinka is also into the quarterfinals after beating unseeded Donald Young in four sets, 6-4, 1-6, 6-3, 6-4. Things went poorly for Wawrinka in the second set, but he turned things around.

The other half of the quarterfinals was set on Sunday. No. 1 Novak Djokovic will take on No. 18 Feliciano Lopez and No. 9 Marin Cilic, the defending champion, will face No. 19 Jo-Wilfried Tsonga for the men. No. 1 Serena Williams will face her sister, No. 23 Venus Williams, and unseeded Kristina Mladenovic will take on unseeded Roberta Vinci for the women.

Contributor - July 21, 2017
0
The St. Louis Cardinals had an unexpected change up on Friday when they were forced to scratch Yadier Molina due to right ankle discomfort. The...