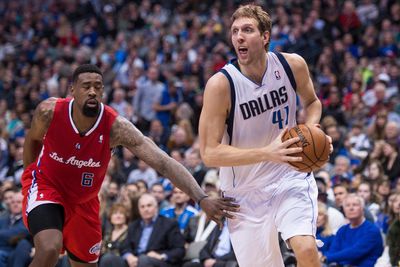 The NBA tries its best to generate the juiciest storylines in the opening week of games. Once again, it has succeeded.

The NBA schedule for the 2015-16 season was released Wednesday, highlighted by the anticipated opening day and Christmas lineups. The Cavaliers will face the Bulls and the reigning champion Warriors will play the Pelicans in the national television doubleheader to kick off NBA season.

Here’s a look at the entire first week from Oct. 27 to Nov. 2, with national television games in bold and notes attached to games that will be worth watching, if you’d like to create an opening week viewing guide. All times will be Eastern.

LeBron James might be the biggest athlete in all of sports right now. Watching him get back in action against the archrival Bulls, a team that pushed Cleveland hard in the playoffs last year before falling.

Stephen Curry has a championship now, but that’s the only thing new about the sweet-shooting superstar. Even though the Pelicans were swept by Golden State in the first row, it’s clear the NBA sees a budding rivalry between Curry and Anthony Davis, who most expect to become the best player in the league within two years. Developing that rivalry is simply good for business, which explains why they get to face Golden State to start the year.

This is the debut of LaMarcus Aldridge in silver and black as well as the return of Kevin Durant after an injury-plagued season that caused him to miss all but one game after the All Star break. That’s a lot of reasons to tune in.

The basketball might be great but Kobe Bryant, in the twilight of his career, is much more loveable than when the Lakers were beating everyone up. It’ll be good to see him open up a season for perhaps the final time against the NBA’s No. 1 draft pick, Karl Anthony-Towns.

After 14 teams are in action Wednesday, the slate narrows back down to a mediocre Hawks vs. Knicks game. The previous game — Memphis and Indiana — might be a better view with the Grizzlies back on the grind (pun intended) and Paul George trying to regain his edge with the Pacers.

While it won’t be as interesting as the display of animosity on Nov. 11 when the Clippers come to Dallas, this game will be sure to revive the DeAndre Jordan debacle that controlled sports for a couple of days this summer. Playing into Jordan’s favor, it’s likely Los Angeles will roll, especially since Chandler Parsons and/or Wesley Matthews could miss the start of the season for Dallas as they finish rehabbing late-season injuries.

There’s always going to be drama when James returns to his former team, Miami. What makes this matchup even more interesting is the questions swirling around the Heat — they have a lot of talented players and we aren’t quite sure how it’s all going to come together.

ESPN’s nightcap will run back the Western Conference Finals, but this time, the Rockets have Ty Lawson on the roster and, in general, a stronger roster. But still, Golden State went by Houston in five games.

Remember how the NBA is pushing Curry vs. Davis? Here’s another example of that.

A classic Pacific Time late game here. We know what Los Angeles is and there will be more time to focus on their new and improved bench, removed from the DeAndre drama that will engulf Wednesday’s national television. As for the Kings, no one really knows what to expect out of them.

Milwaukee and Toronto each have shiny new free agency acquisitions: Greg Monroe for the former, DeMarre Carroll for the latter.

Another classic national television go-to: Harden playing his old team, giving everybody a chance to look back at the trade in the summer of 2012.

Another Western Conference playoff rematch, this time from the semifinals. Memphis played Golden State well and led 2-1 but they faltered once they were hit with injuries and — if we’re being real here — the Warriors’ absurd basketball playing ability.

Jon Lester gets first career hit after starting out 0-66