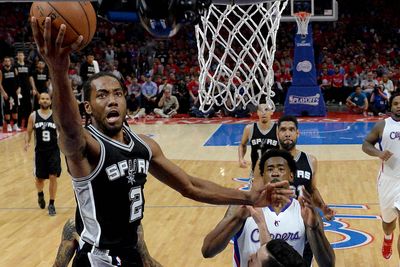 No megastars are expected to switch teams, but the 2015 free agent class is deep and talented. We rank them all from 1 to 179.

In the new NBA, every summer features a potentially huge free agency period. Shorter contracts mean there are more free agents than we used to have in a given year. Sure, some of those are Cartier Martin and Drew Gooden, but we also have guys like Brandon Knight and Danny Green.

On top of that, the salary cap explosion on its way in 2016 has led to a lot of uncertainty as teams and players angle for the best situation. Players that normally chase the longest-term contract they can will be tempted to instead sign a short-term deal to become a free agent again in the near future.

There are a number of elite restricted free agents like Kawhi Leonard, Draymond Green and Jimmy Butler this year. You’d expect them to stay home, but strange things happen in July. We also have a few marquee names who have only ever played for one team, like Marc Gasol and LaMarcus Aldridge. With sharks like the Spurs and Mavericks lurking, those stars re-signing can’t be guaranteed.

And at the head of the class, we have the best player in the world and eternal free-agent white whale, LeBron James. Let’s dig in.

NOTE: We listed all potential free agents, including those who had player options they have already accepted or said they would accept. We did this to have all potential free agents listed and avoid any last-minute ranking tumult. We’ll continue to provide updates on individual player blurbs as necessary before July 1, though rankings will not change.

LatinoAthlete Staff - July 19, 2015
0
Here's how not to get off the tee at the incredibly difficult Road Hole. Nerves. pic.twitter.com/vdrnYAGZYv — Michael Shamburger (@mshamburger1) July 19, 2015 It was...