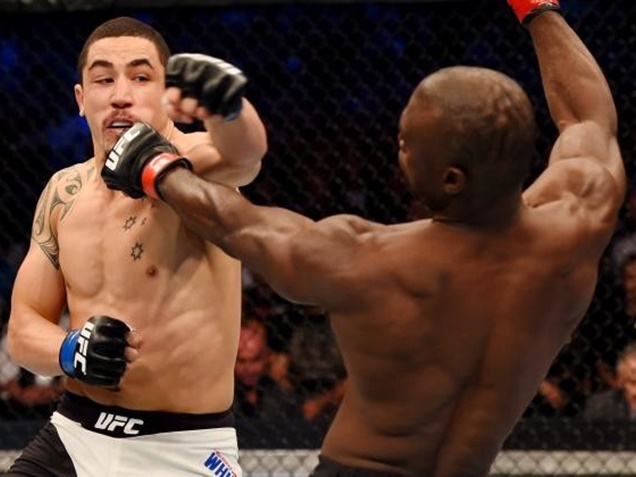 According to UFC President Dana White there is a good chance that a Yoel Romero vs Robert Whittaker fight is possible!

LatinoAthlete.com has learned that since the UFC’s middleweight title fight between champion Michael Bisping and former welterweight champion Georges St-Pierre were scrapped, things have changed.

Currently, White is putting together a Bisping’s title fight, against most notably #1 ranked Yoel Romero. However, Dana White told ESPN’s Brett Okamoto that he is prepared in case a Bisping-Romero not come to fruition.

“We’re trying to put together that Bisping-Romero fight. If [Bisping] can’t fight this summer, we’ll probably create an interim title between Romero and Robert Whittaker.”

What will make this fight extraordinarily great is that Whittaker is coming off a sensational TKO win over Ronaldo Souza at UFC on FOX 24 in April.

He will be a perfect match against Yoel Romero, since Romero is 8-0 since dropping down from light heavyweight. Whittaker is a perfect 6-0 since moving up to middleweight. This would be a first for the UFC since there has never been an interim middleweight title fight in UFC history.

Despite having his eyes on either Nick Diaz, Georges St-Pierre has weighed in on the development stating:

“[St-Pierre] says he will fight whoever the 170-pound champion is when he comes back.”

As we told you earlier this week, current champion Tyron Woodley is on course to face Demian Maia.

LatinoAthlete Staff - June 11, 2015
0
Brittany Lincicome had a late surge with an eagle and birdie to join a large group at 3-under 70 among the early starters in...